Our faculty is true to values, has respect for traditions and is open to new challenges.

HISTORY OF THE FACULTY OF HEALTH CARE AND SOCIAL WORK

Faculty of Health Care and Social Work (FZaSP) - Facultas artis aegrotos curandi et operum socialium - follows the Christian and humanistic legacy of the historical Trnava University (1635-1777) and particularly the tradition of its Faculty of Medicine, which was active within Trnava University in the 18th century.

At the renewed Trnava University (TU), the issue of social and health care was classified as Medical department of the Faculty of Humanities (TU), at which subjects such as nursing care, social work and public health (back then called Preventive medicine) began to be taught.

Faculty of Health Care and Social Work (FZaSP) was the first faculty in Slovakia that began the era of higher education in health care and social work fields of study.

On June 22, 1994, the Academic Senate of TU established the Faculty of Nursing and Social Work as the third faculty of TU. During the first accreditation in 1994, the faculty was qualified to open these fields of study: Public Health, Social Work and Nursing, and since 1 January 1996 also Laboratory Testing Methods in Health Care (back then called Laboratory Medicine) and Rehabilitation (The last graduates of this study field completed the study in 2007). In May 1998, the Ministry of Education agreed to change the name of faculty to its current name Fakulta zdravotníctva a sociálnej práce (FZaSP, Faculty of Health Care and Social Work). In the same year, the University Hospital in Trnava was established.

Until 2002 resided the faculty in the building of TU on Hornopotočná Street. That same year was completed the reconstruction of the Medicine Faculty´s historic building on the University Square, which has been the seat of the FZaSP until now. Teaching takes place also in a building, which belongs to the complex of buildings of the historical TU, called Adalbertinum – it was originally called Konvinkt sv. Vojtecha (Adalberta) and it was intended for the poor students. This building, Adalbertina, became the property of TU again on 1 January 2017 and will be further completely renovated for teaching and research purposes.

Since the beginning has been the FZaSP developing its international relations with foreign universities. In 1994, the faculty signed the first international agreements with the Ludwig Maximilian University in Munich, the Jesuit University of Scranton in the USA, and cooperates with the University of Ostrava in Ostrava and the University of South Bohemia in České Budějovice (since the 1990s up to now). In the following years, the individual departments developed their own international liaisons and cooperation. Currently has the faculty working contacts, mainly within Erasmus+ scheme, with 29 universities in Europe and is organizing educational exchanges for both students and teachers. International relations are also developing under bilateral agreements and international research and development projects. More than 100 foreign visits to more than 20 countries of the world are made every year. From the beginning, international conferences and professional events began to be held at our faculty – for example: in 2016 took place  the 16th conference called OCHRANA ŽIVOTA (LIFE PRESERVATION), 4 international conferences on social work of ERIS (European Research Institute of Social work) were held and every year there is interdisciplinary symposium on Diseases of affluence etc.

FZaSP has become a well-known faculty mainly for its activities in developing countries. The main aim is to provide health, social and educational help to the most vulnerable groups of inhabitants in countries such as Kenya, South Sudan and Cambodia. Our faculty began with its development projects in 1998 on the African continent in the slums of Kenya´s capital city Nairobi. In 2001, the faculty extended its activities to South Sudan, where we reconstructed and modernized the field hospital, so its equipment meets the standards of a hospital. We began to provide health care for approximately 200, 000 inhabitants of the catchment area. Since 2003, the faculty has also launched projects in Asia, namely in Cambodia´s town called Phnom Penh, focusing on social work services for HIV positive children. In 2010, the faculty moved its development activities in Kenya from Nairobi to the Kwale county, where it is with its detached workplace participating on improving the availability of high quality social and health care, reducing malnutrition and organizing educational and preventive activities. All of the faculty´s activities for the target groups are carried out in the spirit of humanistic values and tolerance without any discrimination and we can say that many aspects of people´s lives have been already significantly improved by its implemented projects and activities.

This faculty is a member of  “Association of Educators in Health Care Branches in Slovakia”, moreover it has become (since the current Dean of the faculty was elected as its chairman) the seat of this Association.

Deans of the faculty 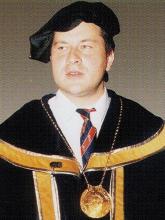 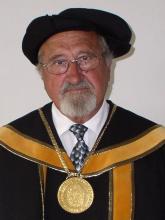 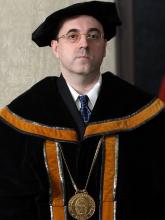 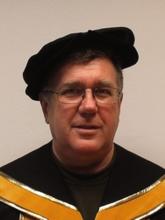 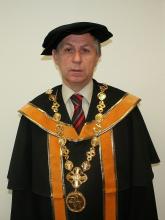 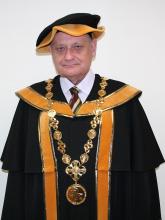